Closings on the Increase at Equitable Title Locations 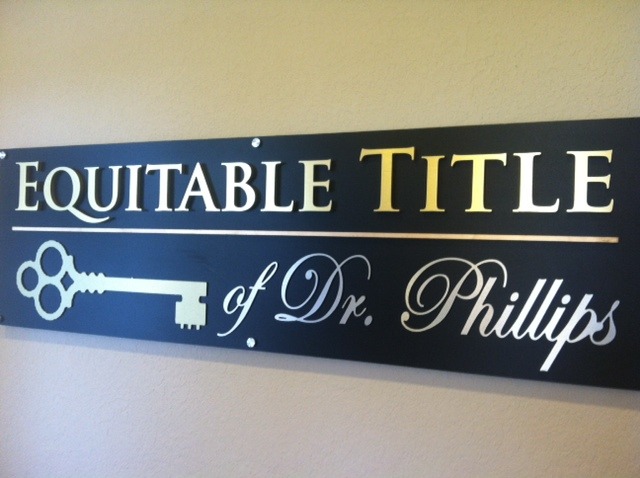 With Multiple locations and an ever changing Market , Equitable Tilte has seen a sharp increase in Property closed at its 6 central Florida Locations. It appears a great year for Both Buyer and Sellers.

At Equitable we like to give Factual market Data so plese find below the latest Figures for the Greater Orlando area.

The median price of Orlando homes sold during the month of February leapt nearly 20 percent over February 2012, driven in no small part by a record low interest rate of 3.21 percent that is enabling buyers to afford a little more house, reports the Orlando Regional REALTOR® Association.

The jump in median price can be attributed to a mix of factors, explains ORRA Chairman Steve Merchant, broker-owner of Global Realty International.

"We are in a solid seller’s market with minimal inventory and huge demand from buyers seeking to take advantage of interest rates, says Merchant. "Those conditions are encouraging more owners to make their homes available for purchase, and normal homes are generally priced higher than foreclosures and short sales. In addition, that same buyer demand is really driving up the price of foreclosures and short sales, for which heated bidding wars are now routine.”

Members of ORRA participated in the sales of 2,203 homes (all types combined) that closed in February 2013, an increase of 11.54 percent compared to February 2012. Single-family home sales increased 16.68 percent, while condo sales dropped 6.69 percent.

Homes of all types spent an average of 84 days on the market before coming under contract in February 2013, and the average home sold for 96.11 percent of its listing price. In February 2012 those numbers were 94 days and 93.38 percent, respectively.

The number of existing homes (all types combined) available for purchase in Orlando is continuing a steady decline that began back in July 2010 at 16,563 and now rests at 7,183. In February 2013, inventory was 22.37 percent less than it was in February 2012.

The inventory of single-family homes is down by 25.40 percent when compared to February of 2012, while condo inventory has decreased by 9.98 percent.

Buyers who earn the reported median income of $54,929 can qualify to purchase one of 4,013 homes in Orange and Seminole counties currently listed in the local multiple listing service for $330,346 or less.

First-time homebuyer affordability in February decreased to 176.63 percent from last month’s 179.47 percent. First-time buyers who earn the reported median income of $37,352 can qualify to purchase one of the 2,873 homes in Orange and Seminole counties currently listed in the local multiple listing service for $199,676 or less.

The most (86) condos in a single price category that changed hands in February were yet again in the $1 - $50,000 price range and accounted for 26.79 percent of all condo sales.

Each individual county’s monthly sales comparisons are as follows:

This representation is based in whole or in part on data supplied by the Orlando Regional REALTOR® Association and the My Florida Regional Multiple Listing Service. Neither the association nor MFRMLS guarantees or is in any way responsible for its accuracy. Data maintained by the association or MFRMLS may not reflect all real estate activity in the market. Due to late closings, an adjustment is necessary to record those closings posted after our reporting date.

ORRA REALTOR® sales, referred to as the core market, represent all sales by members of the Orlando Regional REALTOR® Association, not necessarily those sales strictly in Orange and Seminole counties. Note that statistics released each month may be revised in the future as new data is received.

Orlando MSA numbers reflect sales of homes located in Orange, Seminole, Osceola, and Lake counties by members of any REALTOR® association, not just members of ORRA.